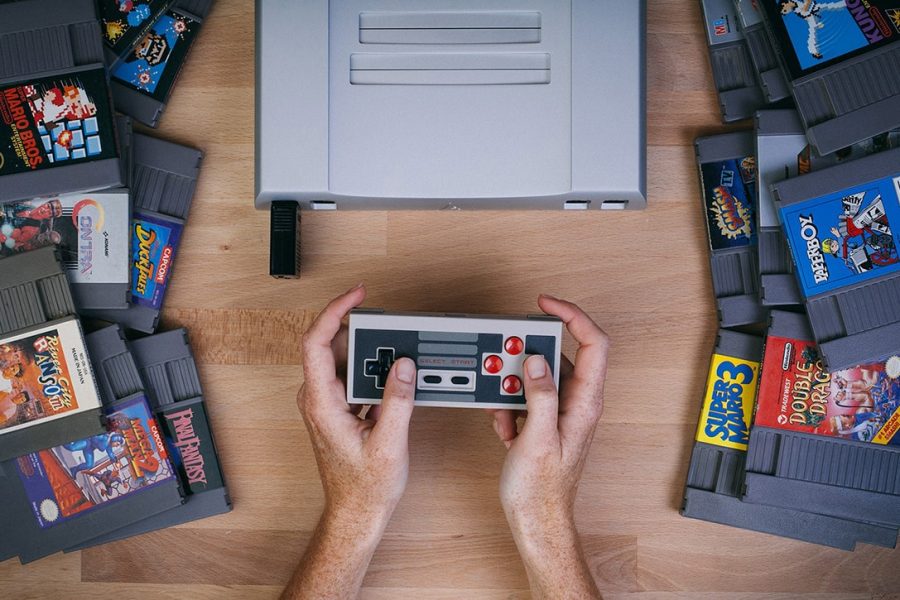 The Rise of Retro Gaming

In recent years there has been a major resurgence in the collecting of retro games and consoles. Mostly by nostalgia-driven adults who saw the push of rapid innovation and progression coming from next-gen consoles and pushed back.

Reminiscing the glory days of the couch tournaments, after-school arcade nights and ‘sleepless’ sleepover parties. When there was no internet or smart phones (or even mobile phones)? Having to wait for the dial-up connection to play Command & Conquer but the home landline was unusable whilst playing. These memories of childhood can be a powerful rose tinting against the super-real graphics of the next Call of Duty/jRPG or the boundless scale of the next free-roaming adventure games. Sonic the Hedgehog, Super Mario Bros, Asteroids, Tetris, Wolfenstein 3D, Doom, Quake, Diablo, Kings Quest, Street Fighter and Pong; surely there is no place for these genre defining games?

With the dawn of the home console system and the decline of Arcade pay-to-play kids and adults could be immediately catapulted to other worlds. Minds were blown, controllers were thrown and friendships grown in this world of imagination made reality. This was for most, their first experience of desktop and console gaming. Generation after generation of consoles, each more sophisticated than the last (with some exceptions), were churned out to keep up with demand. Even now, there are several incarnations of Xbox and PlayStation, each with differing built in/optional memory or a slimmer body. As this is being written, Sony and Microsoft push to release their new upgraded versions of the Xbox One and PS4, the Xbox ‘Scorpio’ and the PS4 ‘Pro’. So what happens to all those consoles and outdated games? Originally they went to landfill but have been spared that fate with the trade-in initiatives of technology companies who already dealt with outdated and redundant PC and Mac hardware. This has saved many games and consoles from being lost to all but the most avid collectors. Furthermore, some rereleases of classic games on current gen consoles has provided ease of access for old games to be rediscovered and for the retro game to share the limelight once again.

Games and consoles are joining to ranks of the collectible commodity, like stamps, crockery and period furniture. The way an antique table has real ‘character’ and warmth in the rich wood that makes its construction. So can be the same with classic games that too hold real ‘character’ and warmth to them that makes them timeless. Something intangible but instantly solid in the minds of those who appreciate gaming (and antique tables).

So these same adults, that lived these old games coupled with the bohemian teens who want to play old games because they’re old, different and/or highly recommended by the internet’s many opinions. Now can save these relics and may even discover some as of untouched treasures buried within the pages of time. Hopefully fulfilling the proverb that “one who forgets the past is doomed to repeat it” *cough* E.T. for Atari 2600 *cough*